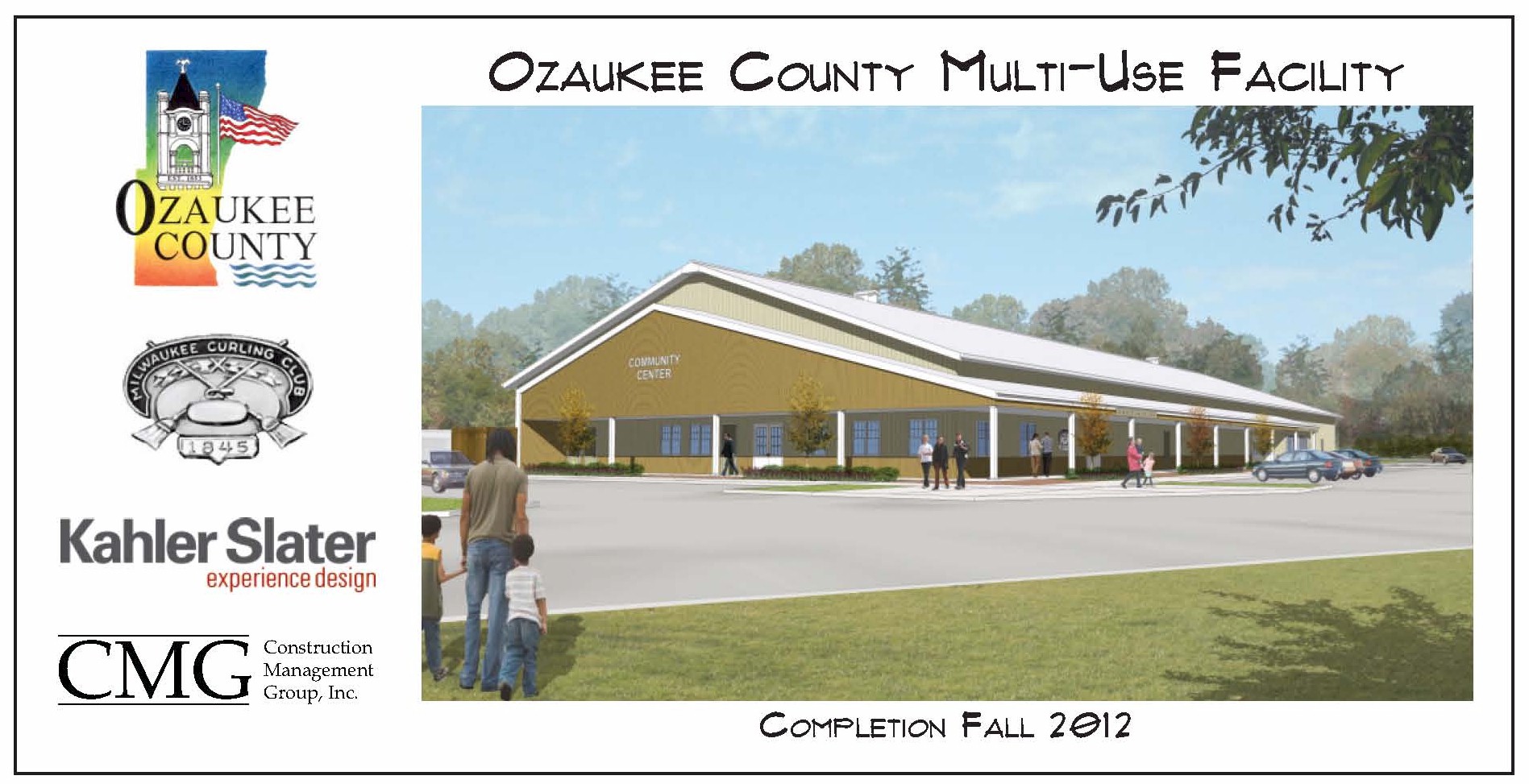 The Milwaukee Curling Club will be leasing the facility for half the year starting in October 2012 through March 2013 and continuing in that pattern. As a result of the unique partnership, Ozaukee County will generate revenue from the lease to the Curling Club as well as positive economic activity for the local businesses in Cedarburg and Ozaukee County. The Milwaukee Curling Club membership and activities will draw visitors and players from throughout the State and at times the Midwest.

Ozaukee County will have control of the facility from April 2013 through September 2013 and continuing in that pattern for the Ozaukee County Fair, other civic endeavors such as Maxwell Street Days and various Fairgrounds rentals. As a multi-use facility, this will be a great place for trade shows, business meetings, party, banquet, gatherings, or receptions.

In planning for the future, the construction of the 28,000-square-foot multi-use facility is a great way to further develop Ozaukee County and enhance the services that are offered. The erection of the multi-purpose building and other substantial upgrades of the Fairgrounds will give the grounds a drastic facelift, improve the quality and appearance of the surrounding area and generate economic growth in the greater Cedarburg community, and is a substantial investment of County infrastructure and assets.
Community
Voice
Notify Me
Employment
Video
Tourbook
/QuickLinks.aspx
/QuickLinks.aspx