The wood trim on the historic courthouse in downtown Port Washington was repainted in August of 1979. Because a crane was needed to paint the tower area, it was suggested that the eagle on the top of the tower also be repainted. Since the eagle had not been painted for many years, no one really knew the dimensions or the weight of the eagle.

The issue of the repainting of the eagle was presented to the County Board. It was recommended that gold leaf be applied. The cost was estimated to be $4,000. That was considered to be very expensive so a debate took place regarding a less costly procedure. One suggestion was made to paint it eagle color. Special ballots were printed, with choices to be gold leaf or eagle color. The special ballots were not used. The voice vote was 20 ayes, 8 nays and 3 absent.

New Life for the Courthouse Eagle
The eagle was taken down and shipped to Milwaukee to have the gold leaf applied. The opportunity was used to get accurate measurements of the eagle and also the octagonal base. It was learned that the eagle measured 86 inches from wing tip to wing tip. The beak to tail measurement was 38 inches. The base was 31 inches high and 30 inches wide. The eagle was not weighed, but it was found to be much lighter than anticipated.

Originally, the eagle faced north. It was taken down a second time and when it was put back in place it was mounted to face the east.

To get a relatively "straight on" view of the eagle this picture was taken from the roof of the 3 story Port Hotel Restaurant. 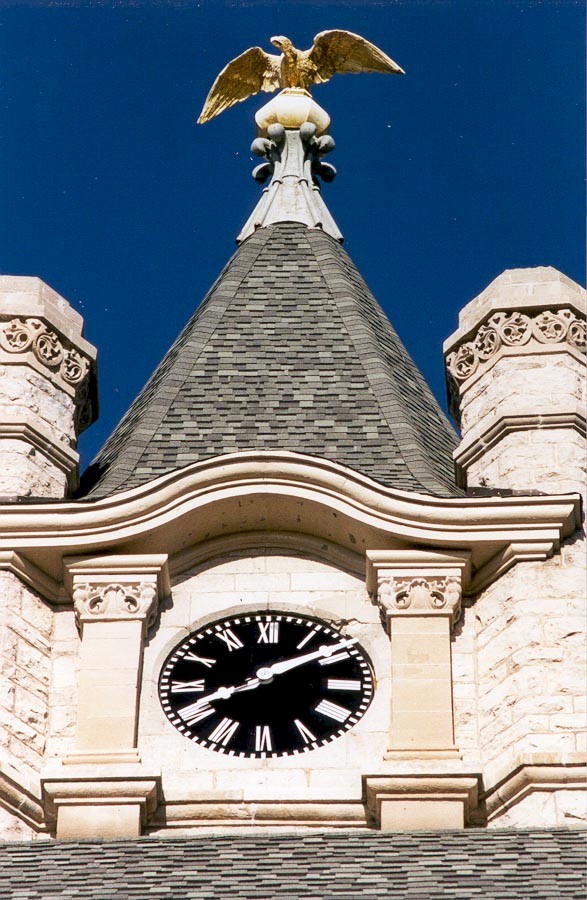 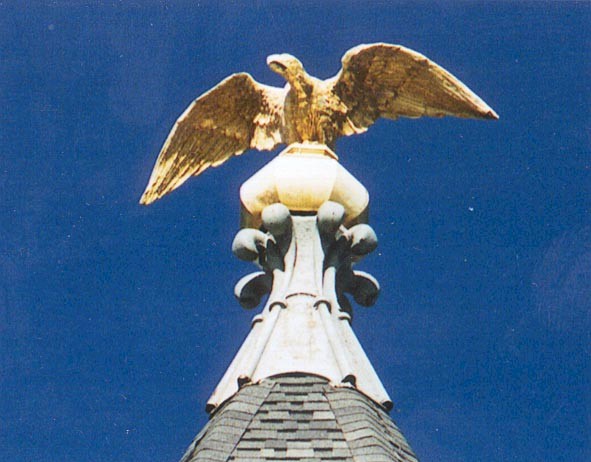