A woolen mill was built in Cedarburg in 1865 by Frederick Hilgen, Dietrich Wittenberg, and Joseph Trottman. In 1872, the mill operation was incorporated as the Cedarburg Woolen Mill. The mill was so successful that by 1893 it consisted of 12 buildings and had become the most extensive woolen mill west of Philadelphia.

The company prospered and in 1880 they built a branch mill in Grafton on the bank of the Milwaukee River. The Grafton mill manufactured worsted yarns, which was a distinct and separate operation. William Roebken Jr. was Superintendent of the worsted department. Other members of the Roebken family also became involved in the mill operation. They were always abreast of changes in the textile market and imported the best machinery available from England. The Cedarburg mill closed in 1968 and the Grafton mill closed in about 1980.

A 6 story tower on the west side of the main building still stands, but the wooden water tank that had been mounted on the tower was long ago dismantled. 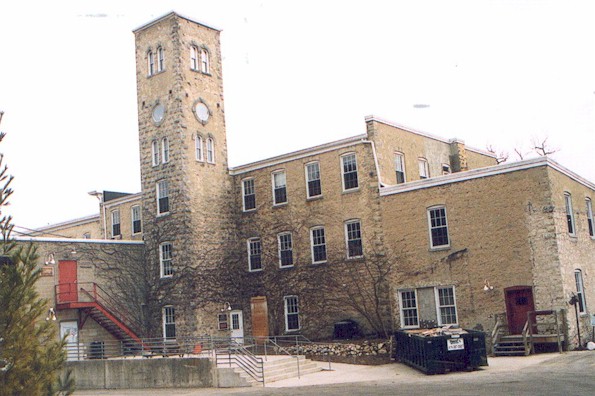