The current Armbruster Jewelry store in Cedarburg was built in 1907. The building, inside and outside, still looks about the same as when it was built. There are bay windows (noticeable in the picture) and they were probably installed because that part of the building was then a residence. The original sidewalk clock was knocked down in 1922 by a team of runaway horses pulling a wagon. It was replaced by a cast iron clock made in Pennsylvania. It has been hit numerous times since then and in fact is now inoperable because a truck hit it about 2 weeks ago. Awnings are somewhat rare today, but the Armbruster store has 3 sets of them across the front of their store.

The building in the background with a red awning is the site of the first Armbruster Store that opened in 1884. At that time it was just one story high, but the new owner wanted to add a 2nd story. The "city fathers" would not let him do that. He outsmarted them by razing the 1st story on stilts to permit building another 1st floor under the structure.

Armbruster's now sell fine jewelry and quality gifts, but when TV sets were first marketed in the 1950's, they also sold them. 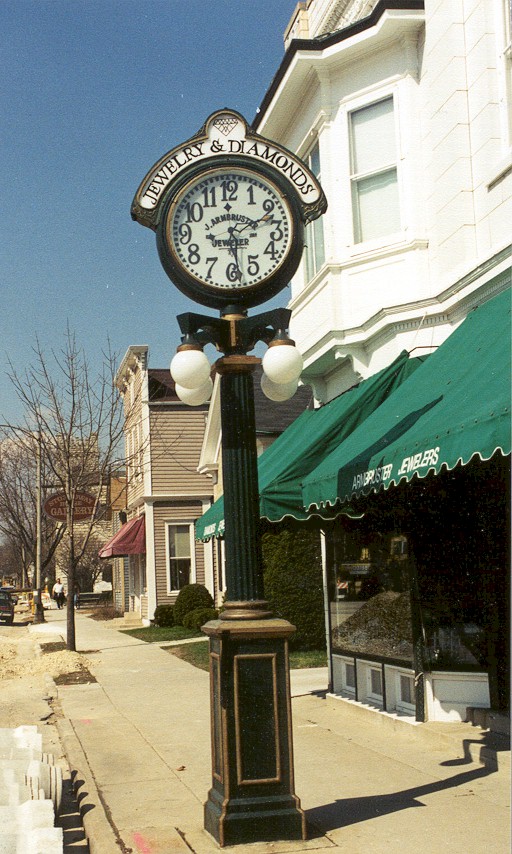