The Concordia Grist Mill was built in 1853 by Edward Janssen and William Gaitsch replacing a saw mill that had been built on Cedar Creek in New Dublin some years earlier. New Dublin and the area around Wauwatosa Road and Pioneer Roads was settled by a group of Irish Catholics in the 1840s. By 1837, the Green Bay Indian Trail, which cut through New Dublin, had been grubbed out from Milwaukee to Saukville. Soon after, the stumps were removed and stagecoaches were then able to travel all the way to Green Bay.

In 1847, New Dublin changed its name to Hamilton, in honor of William Hamilton, a son of Alexander Hamilton. Hamilton, an influential former member of the Territorial Legislature from Iowa County, stopped there in 1847 to visit with the residents telling them about his trip up the Green Bay Indian Trail, in 1825, 11 years before any settlement occurred, when he drove a herd of 700 cattle from Illinois to Fort Howard at Green Bay. Hamilton, Surveyor General for the State of Illinois, relinquished his job to Abraham Lincoln, when he contracted with the U.S. Army to deliver the cattle to the garrison at the fort. The trip, along the narrow foot path, took the full month of June, with the loss of only one animal. 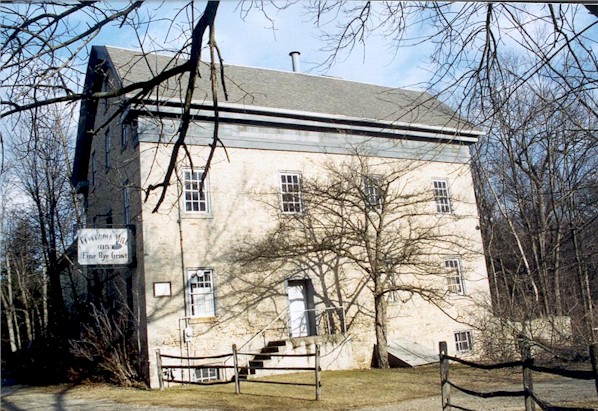 By 1848, Hamilton also had a post office, a general store, and a shoemaker. The saw mill changed owners several times because it turned out to be unprofitable. The grist mill operated until it too became unprofitable. Its present use is not known, but many people driving along Green Bay Road are constantly reminded about one of the areas former thriving businesses.

With stagecoach travel on the Green Bay Road and the existence of a saw mill, other businesses sprang up. There was a Turne Hall, apothecary, black smith shop, a stage stop for travelers, 2 taverns and a smoke house, all were built before the grist mill was built in 1853. When the railroad came through Cedarburg in the 1870s Hamilton’s importance declined..

In 1974, Hamilton was listed as an Historic Site by the Wisconsin Historical Society. Then in 1976, a large portion of the Hamilton area was declared an Historic District and placed on the State and National Registers of Historic Places
Community
Voice
Notify Me
Employment
Video
Tourbook
/QuickLinks.aspx
/QuickLinks.aspx