Failure to appear at any court date will most likely result in the judge issuing a bench warrant for the defendant's arrest. It is important to contact the Clerk of Court's Office or District Attorney's Office of an address change during the criminal process.
The remainder steps through a misdemeanor case are as follows:
Important Court Terms 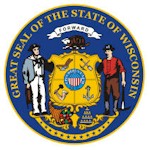