According to the History of Washington and Ozaukee Counties, the first courthouse was built in the Village of Port Washington in 1854. It was described as "a substantial building of brick, 3 stories in height." The first floor was "fitted up" for a jail and living apartments for the jailor. The second floor was designed for office purposes. The third floor was the court room.

In 1867 a fireproof building was erected adjacent to the main building at a cost of $6,000. This building was then occupied by the Register of Deeds, County Clerk, Clerk of the Court, and County Treasurer.

On November 24, 1899 the County Board adopted a resolution which stated that the building, then used as the courthouse was no longer suitable for that purpose and was an unsafe place to hold court. It was then determined that a new courthouse was to be constructed during the year 1900 at a cost not to exceed $30,000. The following day a resolution was adopted, which called for issuance of bonds in the amount of $30,000, bearing interest of 4% per anum, and which were to be retired over a period of 15 years.

On February 21, 1901 bids were presented to the County Board. Low were Wurthmann and Vollmar, $50,288 and John Schramka $50,117. A resolution was then adopted which rescinded the resolution calling for the $30,000 bond issue and another one was adopted providing for $45,000 in bonds, still at 4% interest but to be retired over a 9-year period. It was decided that all bids were too high, so plans and specifications were revised and new bids were called for. A few days later, Wurthmann and Vollmar submitted a low bid of $48,897 and the contract was awarded to them. Change orders were issued which added $1,914 to the contract amount. Later that year, contracts were awarded for furniture, with the total of these contracts amounting to $4,826.

On March 1, 1902 a resolution was adopted, which noted that the building had not been completed by this date, as had been called for in the contract. Contractors were given until March 28 of that year to complete the work, but with the provision that the county be allowed to occupy the court room and all other rooms on the second floor. 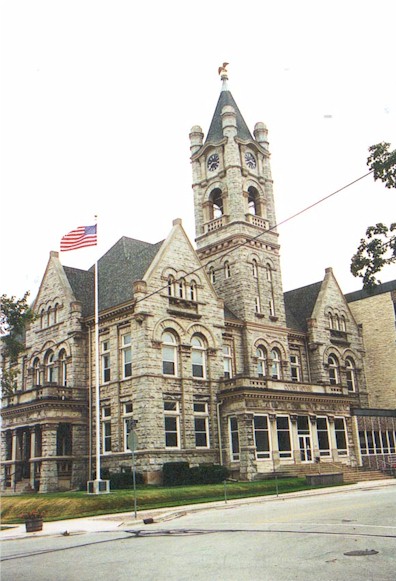 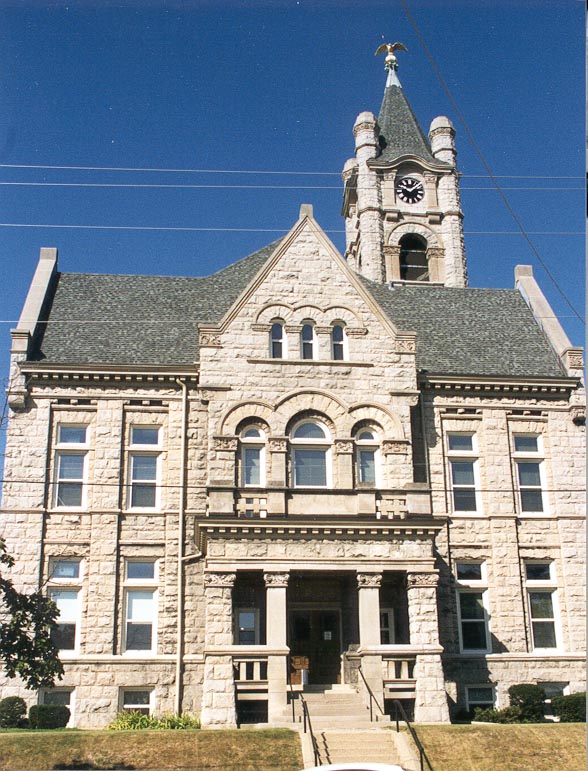 On March 19 the building was accepted. During the following several months, landscaping and sidewalks were completed at a total cost of $949 and additional furniture and equipment costing $353 was purchased. Electric fixtures were also installed at a cost of $1,075. Before the first year was over, the eagle on the courthouse tower was damaged (probably having been hit by lightning) and had to be replaced at a cost of $252.

The total cost of this building, including furniture, equipment and related items was $58,014. The building contained 18,360 square feet of usable space on 3 floors, and cost $2.77 per square foot for construction.
Community
Voice
Notify Me
Employment
Video
Tourbook
/QuickLinks.aspx
/QuickLinks.aspx