A Funny Thing Happened on the Way to the Forum 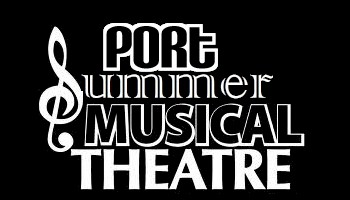 "Tragedy tomorrow, comedy tonight!" Broadway's greatest farce is light, fastpaced, witty, irreverent and
one of the funniest musicals ever written...the perfect escape from life's troubles. "A Funny Thing Happened
On The Way To The Forum" takes comedy back to its roots, combining situations from time-tested, 2000 year old comedies of Roman playwright Plautus with the infectious energy of classic vaudeville. The result is a non-stop laughfest in which a crafty slave (Pseudolus) struggles to win the hand of a beautiful but slow-witted courtesan (Philia) for his young master (Hero), in exchange for freedom.” (Music Theatre International)

Inspired by the farces of the ancient Roman playwright Plautus (251-183 BC), specifically Pseudolus, Miles Gloriosus and Mostellaria, it tells the bawdy story of a slave named Pseudolus and his attempts to win his freedom by helping his young master woo the girl next door. The plot displays many classic elements of farce, including puns, the slamming of doors, cases of mistaken identity (frequently involving characters disguising themselves as one another), and satirical comments on social class. The title derives from the line that vaudeville comedians often used to begin a story: "A funny thing happened on the way to the theater".

The musical's original 1962 Broadway run won several Tony Awards, including Best Musical and Best Book. A Funny Thing has enjoyed several Broadway and West End revivals and was made into a successful film starring the original lead of the play, Zero Mostel. It is a popular choice for school and community theatre.” (Wikipedia)

Notable songs include Everybody Ought to Have a Maid, Lovely, That Dirty Old Man, I'm Calm, Bring Me My Bride and Free.